Imagine you have done lots of commits i.e. several commits for fixing a bug but you don’t need all of them and somehow you want to meld them and squash them into a single commit. You can use rebase. Git always squashes a newer commit into an older commit or “upward”. Let create some files: 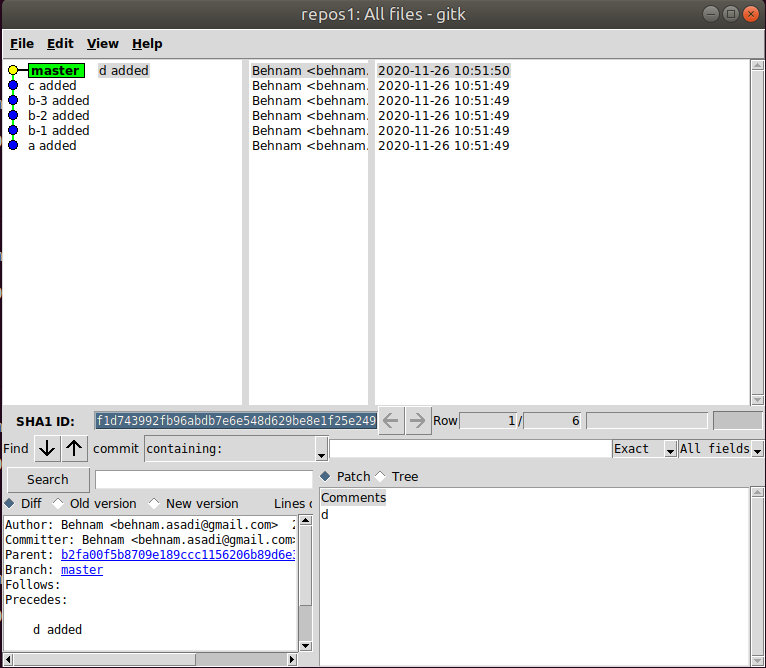 But now you would like to squash b-1, b2 and b-3 into one commit. So copy the hash ID of b-3 and execute rebase:

This will open your editor and the first few lines are:

Git will melt new commits into older one, and we want to squash b-3 and b-2 into b-1 so change it into:

Close all instance of your editor and save it. This will open another editor to write a new commit message.

Write your new commit message and save it. Your new tree should look like this: 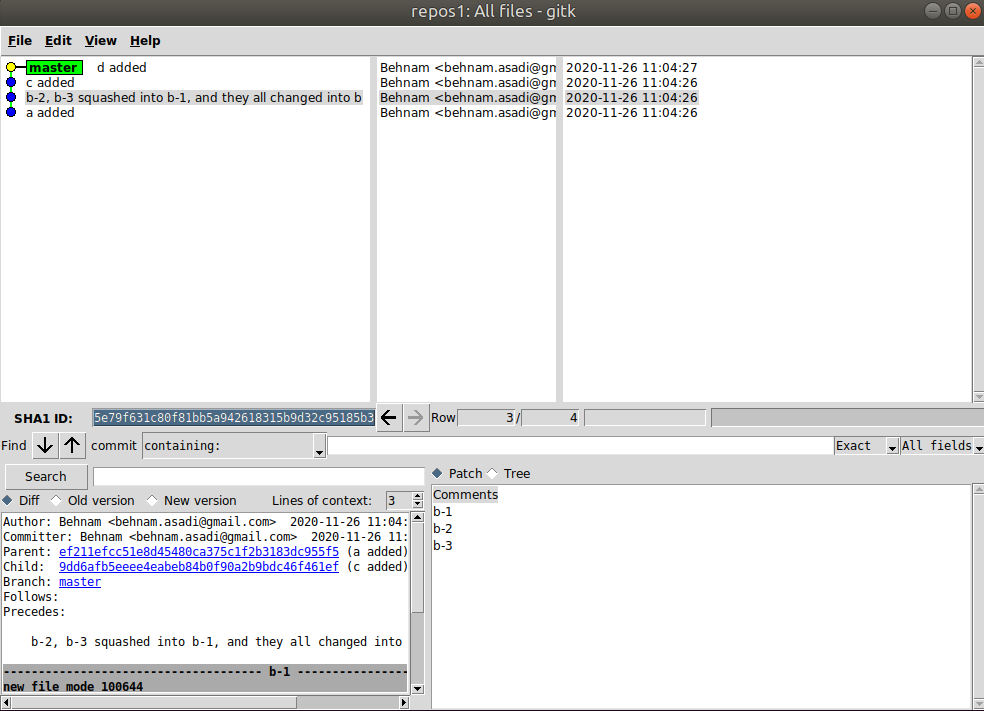 Squashing commits in git after push

force push them with + :

Difference between --force and +:

Note that --force applies to all the refs that are pushed, hence using it with push.default set to matching or with multiple push destinations configured with remote.*.push may overwrite refs other than the current branch (including local refs that are strictly behind their remote counterpart). To force a push to only one branch, use a + in front of the refspec to push (e.g git push origin +master to force a push to the master branch).

Rebasing branches on to the base

When you create a feature branch and start working on that, your master might grow and also your branch. Let’s create a repository and add “a” and b:

Then lets create a feature branch for “c”

At a certain point you will decide to merge to the master branch your tree looks like this: 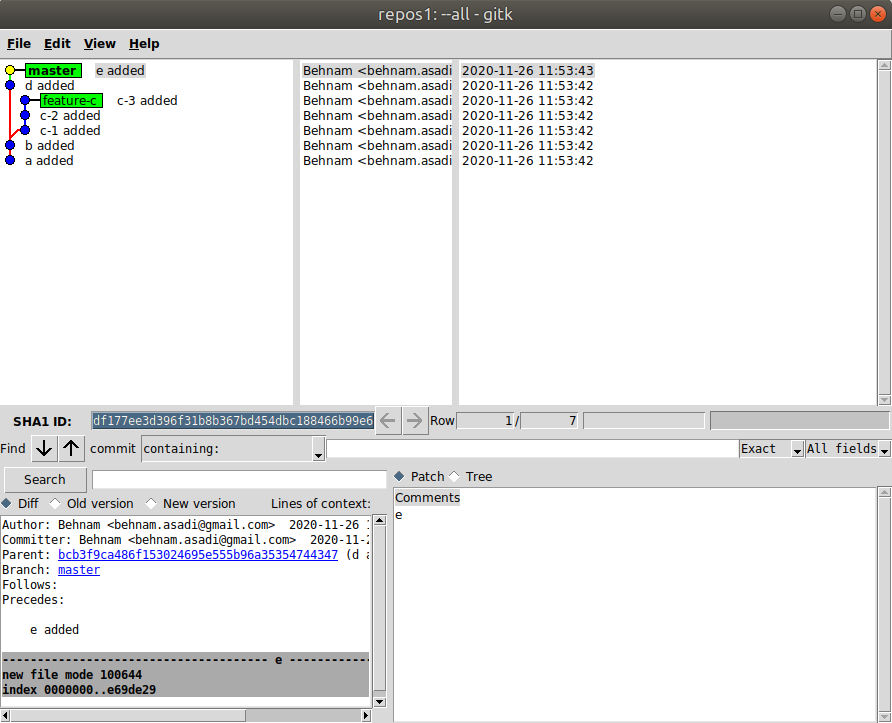 By doing this you will the following tree, which in a big project might become very complicated and difficult to track. 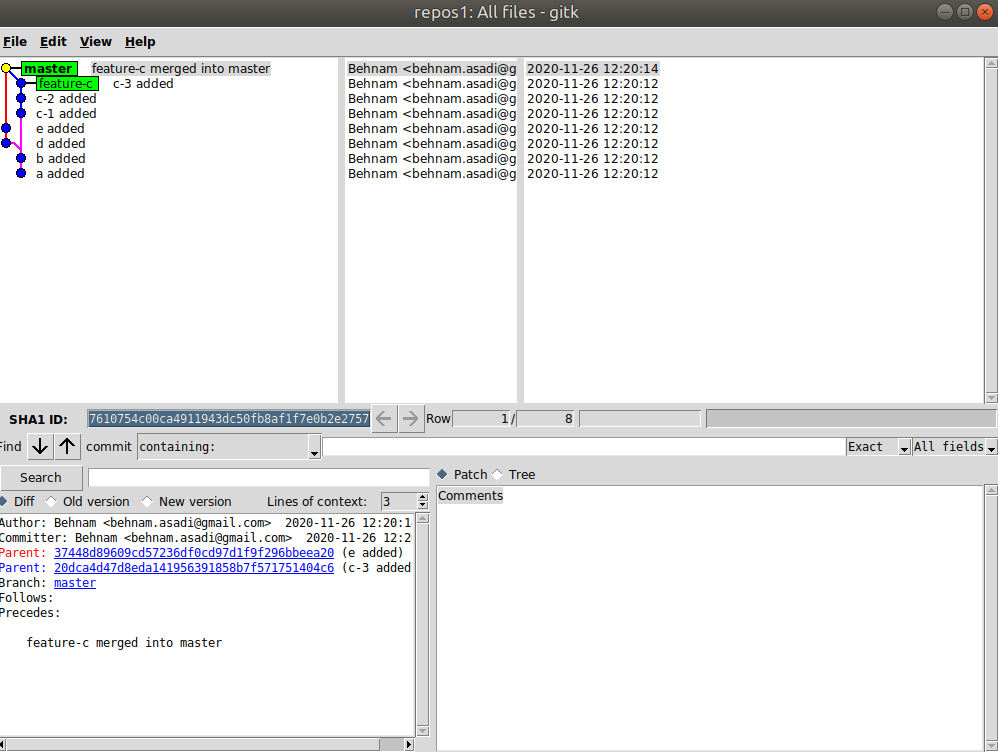 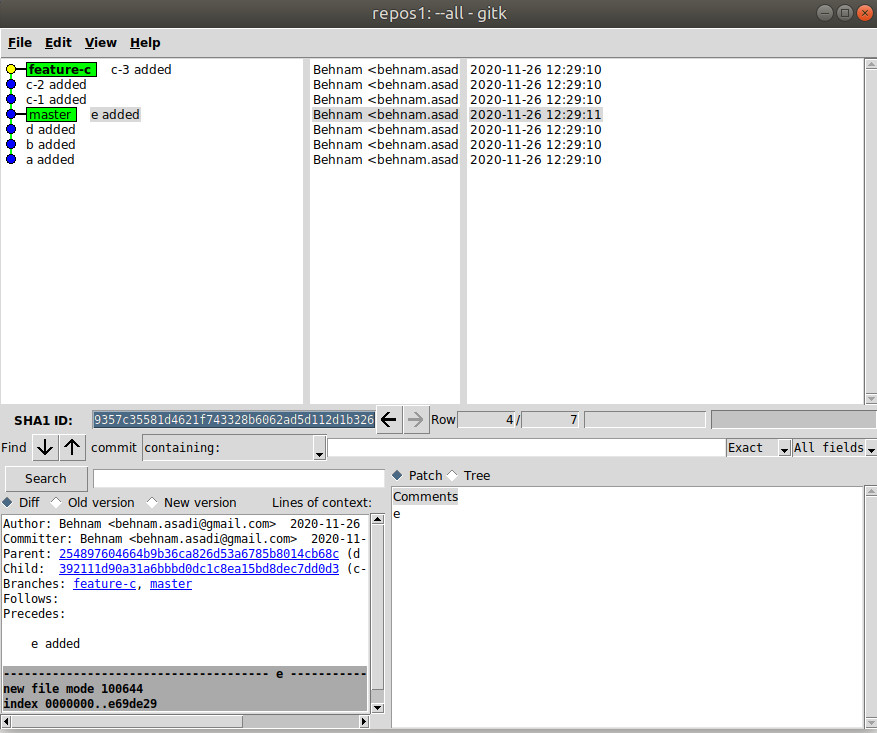 By doing so, you finally end up with a “linear history”. You can also give tags to your commits so you make your tree more readable:

If you want git to do a rebase instead of a merge when pulling:

or you can set it as the default action in your gitconfig file: